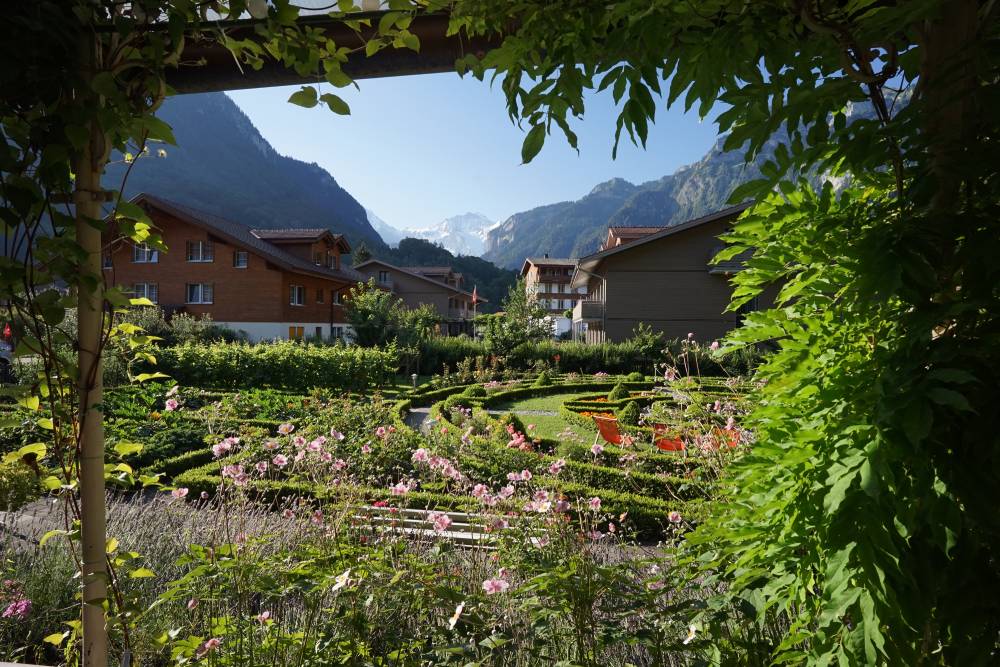 THE DESTINATION FOR YOUR SUMMER DREAMS

For nearly 120 years now, people have been coming to stay at the Alpenrose Hotel and Gardens in the town of Wilderswil. Guests come here to enjoy the spectacular views of the mountains and glaciers, as well as to experience and relax in the amazing gardens. 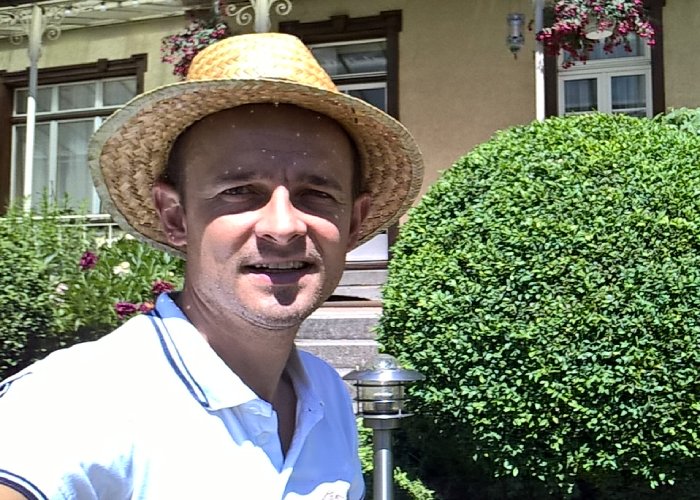 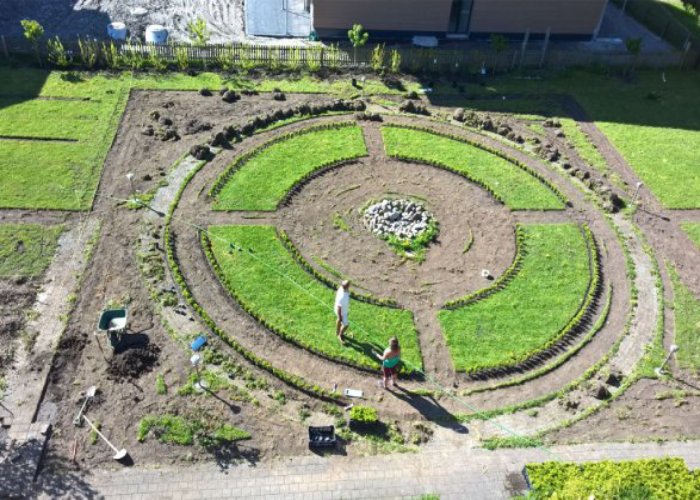 Early in 2015 the new owner of the Alpenrose hotel, Carl Cronje realized the potential of the gardens to become one of the top attractions in Wilderswil. The hotel gardens suffered significant damage during the August 2005 flooding when the Luetschine river bursts its banks and destroyed many features as well as established plants and trees.

Carl personally re-designed a brand new garden plan and in March 2015 started a 3-month full-time re-landscaping of the grounds.

Carl drew inspiration from his many travels around Europe and the world with a vision to create and combine ideas from great gardens he visited as well as a feeling of a traditional Bernese Swiss home garden. The end result was our new garden with multiple themed gardens and full of surprizes everywhere.
Guests can enjoy meals from the various terraces with stunning views of the Jungfrau mountains. The main hotel building now has a beautiful restored roofed outdoor terrace where you can enjoy breakfast and other meals. The terrace is decorated with lots of fragrant potted plants as well as beautiful climbers that includes wisterias, roses, lilies and even kiwi fruit plants. In front of this terrace you will find a sloped garden full of bright purple lavender plants and some very old rose plants with scents and smells from ancient times.

The gardens are open for all visitors

On the ground floor of the traditional Swiss wooden lodge building you will find the Restaurant Edelweiss. We have four unique spaces for dining, including the outdoor terrace, surrounded by a large raspberry bed, the herb garden and covered with a 70 year old Merlot grape pergola. This is a great space to enjoy home made meals from the restaurant on a summers evening – including fresh produce from our own herb and vegetable garden. 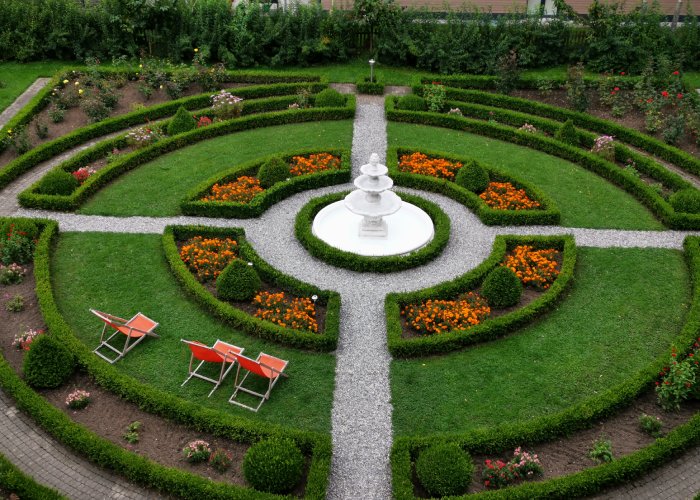 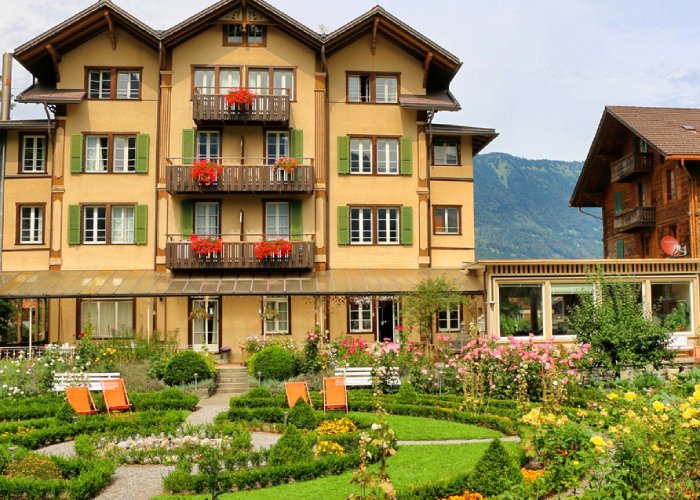 When designing the main formal gardens, Carl said that his main aim was to simply wow guests on arrival and hopefully leaving them breathless once they walk out into the gardens. The gardens have a stone fountain in the middle, surrounded by rings of flowerbeds. These beds offer various flowering plants during the different seasons of the year, and even in winter the geometric landscaped hedges allow for an interesting 3D effect during snowfalls. On the four corners of the formal garden, Carl planted four different roses and this reflects the history of the hotel that received many English guests over the past 120 years.
Next to the formal gardens you will find a big vegetable garden as well as our small vineyard. It is our mission to supply as much of our own fresh salad and vegetables as possible – and this goes 100% into the meals we serve. The vineyard was planted in 2015 and has 50% grapes from the Muscat variety and 50% from Solaris. The first wines will be produced from the 2018 season! 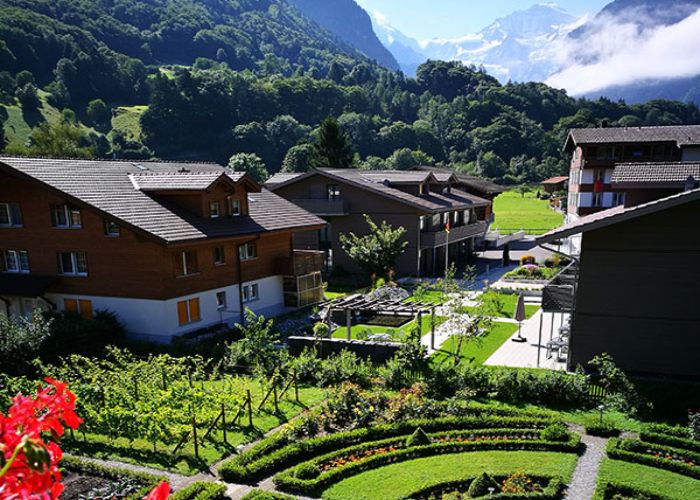 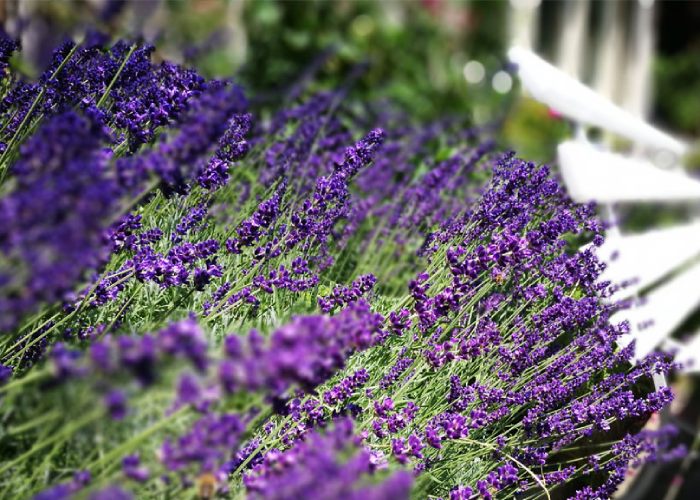 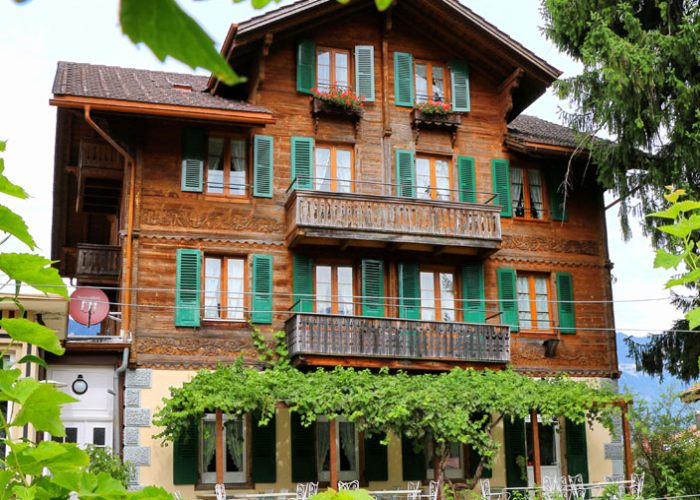 Fortunate to have own Mini Forest

It’s not just gardening at the Alpenrose Hotel; we are fortunate to have our own mini forest. We have about 20 full-grown trees, some of which are more than 200 years old.
Recently a new recreational area was established in the “forest”, with space to relax as well as a 9-seater hot tub.The last garden to be created was the establishment of an Alpine rockery in 2016. This links the front and back gardens and guests are able to enjoy some very interesting Alpine plants and pines, as well as two beautiful and gracious Japanese maple trees.

The gardens are open for all visitors, both hotel guests as well as others. We can also host outdoor events, parties and weddings with lots of lawns and open spaces. We look forward to your visit and our gardens as well as the stunning mountains and glaciers are waiting for you!

“Carl has been talking about a grand centerpiece attraction ornament, statue or fountain since he started the design of the gardens back in 2015. So in September 2019 the moment finally arrived with the installation of a 3 tier fountain in the centre of the formal English garden. Carl said: “The fountain is like the final piece of the puzzle and I now think that the landscaping of the gardens are finally completed!” And why 3 tiers? “Well, there is a tier to represent each of the centuries that the hotel has been welcoming guests for!” 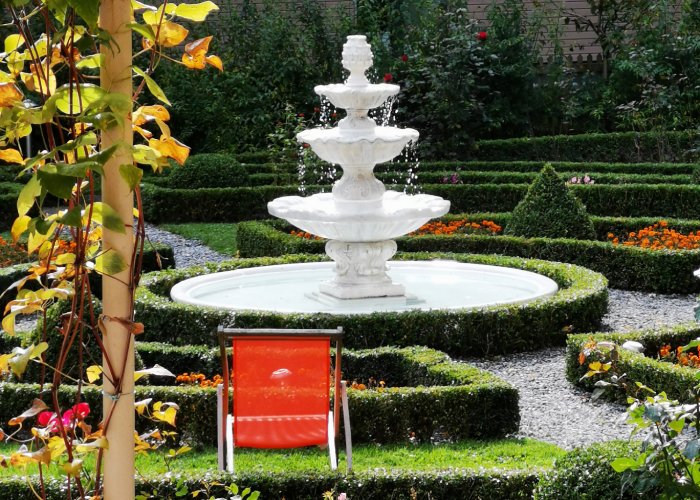 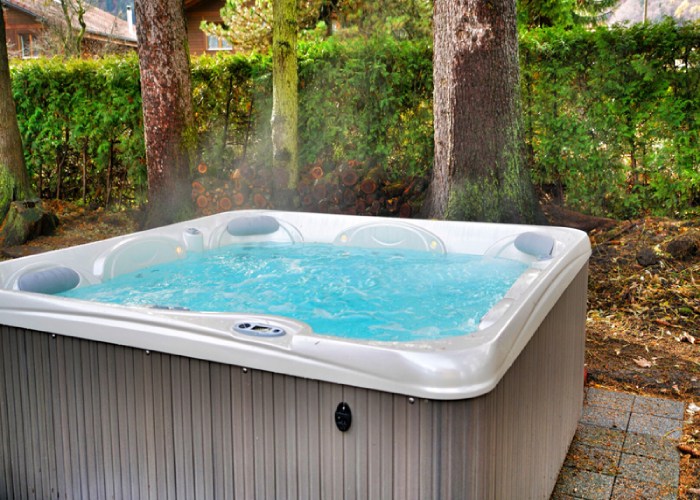 Accept
Open chat
1
Need Help?
Powered by
Hello :)
Welcome to the Alpenrose & Gardens Hotel
How are you doing? When would you like to stay with us?